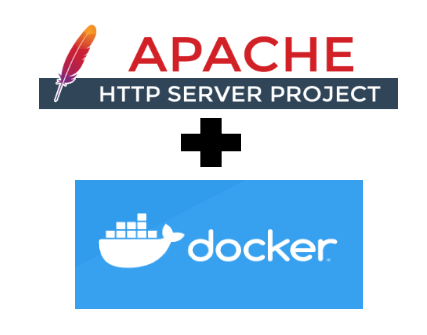 In order to go through the complete process, first of all we need the image for the Apache which is in this case named as “httpd“. To run Apache web server in docker, a docker based Apache’s image is required.

From the picture below, run the command used in order to pull or download the image to your system’s local repository.

By using the command below, we can confirm that the image is now on our system.

Different ways to run Apache web server in a container

Before going further, if in any case you are testing the docker software in your virtual machine with the help of VirtualBox or VMware software, then make you sure you have settings like shown in picture below.

Note: The IP addresses used or shown above may vary in your case, so do not panic, just go with the procedure and replace the IP addresses mentioned in this post with yours.

Again before going further, go along with the picture shown below, this picture is the visual representation of what we are going to do next.

Create a new container of “httpd” image, which is going to run in the detached mode.

Answer: when we want to run a docker container in background without having any interaction with it, then detached mode is our solution. Basically to run a container in standalone manner.

Cross check whether the container is correctly running not.

Note: Notice that the “port” exposed is “80” and is port is going to transport tcp traffic only.

Question: How to find the IP address of any docker container?

Answer: Run the command shown below, in order to view the IP address of any docker docker container.

Now, install the command line browser “elinks” in order to check whether our Apache web server is running and delivering any kind of content or not.

From below, it can be seen that on accessing the IP address of the running container, it is shown “It works!” which is being delivered by Apache web server.

Just for more depth reference, we are creating one more container based on “alpine Linux” and in that, we are going to install “curl browser”. After that from it, we will try to access the web server running in another container.

Question: What if we are running docker containers in a virtual machine and we want to access the machine or the content running in it outside the virtual machine like on our host machine?

Create a new container based on “Apache image” but in this we are going to specify a new option “-P“, it is nothing but telling docker to assign some port number to it from host’s available port number and map it to the port number “80” of the container.

Question: Why port mapping is required?

In order to confirm whether our Apache web server is delivering any content or not in this case, first we need to check the IP Address of the machine on which docker is installed. After that, on the same network you can go to any device and in the browser and access the IP Address of that machine with specified port, as shown below.

Note: The IP Address on your machine may vary.

Question: What if we want to access the web server with port 80 and not on any other random port?

Answer: In that case, we have a “fixed port mapping” option in docker which can be used just using a flag “-p” and specifying the port number.

To confirm, simply go to any device under that network and in the browser type the IP Address of the machine on which docker is running without specifying any port number, can be seen below.

Other ways for port mapping