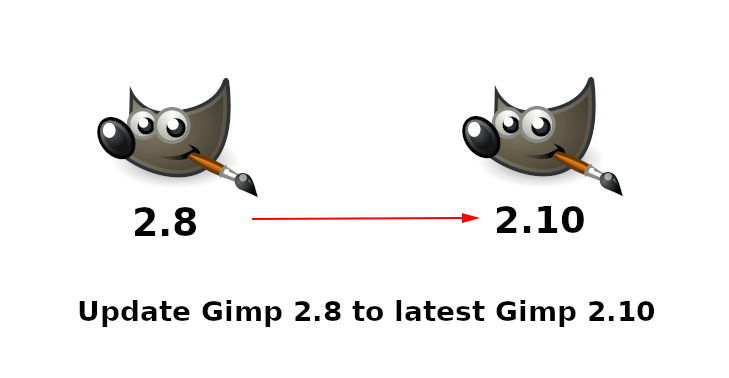 Gimp is one of the popular software in the open-source world, and it is sometimes called the “best photoshop alternative” in the open-source community. But the update cycle of this software is slow, as a result of some Linux distributions still have an old version of it installed on them. However, the latest gimp version as of writing this article is “2.10.x“. So, today we are going to look at “how to update Gimp 2.8 to latest Gimp 2.10“.

Note: This article is applicable for any “Linux Mint 19.x and Ubuntu 18.x” and their derivatives.

From the picture below, we can confirm that the current version of the gimp installed on the machine is “GIMP 2.8.22“, which is quite old now.

We can double-check this by checking the version of the software using the command line.

Now, we are going to add the official PPA for the “GIMP“, the reason being it will provide us the latest updates as soon as the developer pushes them.

After executing the command mentioned above, you will be asked to “Press Enter to Continue” the PPA installation, hit “Enter“.

It is time to install the latest version of the software using the following command.

After adding the PPA, run the following commands to install the latest version of the GIMP.

From the picture below, we can confirm that the software gimp is now updated to the latest version, which is “GIMP 2.10.12“.

Again, double-check it using the command line with the help of the following command. As a result, we can see that our task for “Update Gimp 2.8 to latest Gimp 2.10” is now achieved.