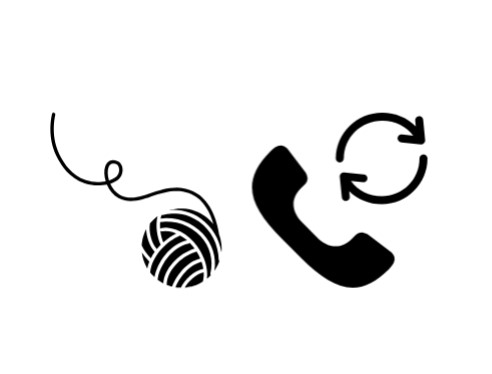 Before getting into threads, we have to first understand what are system calls.

Let us first understand, how memory looks in the computer system and where Operating System code is present in the memory and how the processes stay in the memory too.

Now, the thing is that:

A process should never access any memory location other than what is actually allocated to it, until and unless proper mechanism and permissions are provided to it.

But if this is the case every user-process cannot perform that much task because most of the things are managed by Operating System itself.

Example: Code for accessing the keyboard is written as a part of Operating System (or kernel) itself. So, every time user-level process has to call that module from the OS code.

Note: The user-level process calling a module present as a part of OS code is known as System Call.

Note: A system call, is same as the normal function call but in a system call, a user-level process is trying to call the function present in the code of Operating System.

Some systems or different operating systems have different mechanisms of implementing this system call procedure. Some give direct access to H.L.P (high-level programs) to run that code (module = example = keyboard) from the code of OS.

Example: In Linux, if a C-program is written for performing some manipulations on a file present in the system, it can be done with the help of the following system calls present in the OS code (Linux kernel):

Similarly, some systems (OS’s) provide a different way to do that.

Question: What they do?

Answer: They have a system library or local library and the library system call is going to implement the system call for the user-level process.

Example: In C-language, printf() is the function which is loaded when the program is executed (during execution called as a process) and whenever during the execution of a program, a call to printf() is made then it internally calls write(). So, this is how a user-level program calls the function present in the system library (which is printf() in this case) and in turn, internally that printf() code raises a system call write().

Question: What is the problem with the process mentioned above?

Answer: Always a context-switch is involved which is a big overhead.

Question: What kind of context switching is involved here?

Answer: Whenever a user-level process wants to access the code which is a part of OS in order to perform some tasks then the CPU has to pause the current execution of the program and has to go to OS to request that piece of code, which is requested and after getting that it has to again come back to where it has paused the execution of the program which has requested that code. So, this is what context switching looks like in a system call.

Question: Do we have any better mechanism to avoid that context-switching?

Answer: Technically, NO, we don’t have a better mechanism to completely avoid that context-switching but later in this post, we are going to look at a more reliable and fast mechanism in order to somehow avoid this context-switching.

Question: Why we cannot give the direct access of OS code required to a user-level process?

Answer: Security is a big concern here. Therefore, this protected manner of calling a system call by context switching is used.

Now that we have gone through the system calls, let us give a go through to a system call named as fork() in order to understand the concept more deeply and then we will lead towards threads.

Let us understand “why threads?” by examining fork() system call.

A typical program using a fork() system call is shown below:

Line 2 = here whenever the program is executed, fork() will get called and after that, it will return some values:

Note: If a smart move in programming is made, then this section can be used to execute another program/code which can be written to this section.

Example: A Bash shell (Bourne again shell) in Linux can be a good example for concept explained in the note above, which says that whenever we run a command (it can be any, like = ls, cat, ps et cetera) in the Bash then that command’s code is actually substituted at the place of lines from 4 to 7 mentioned in the above program and a written example is shown below:

From the code above, execve() system call is used to execute a system binary, which in this case is the binary file location for ls command.

Whenever a process P1 wants to execute or access a code or utility/program which is a part of the operating system’s code, then a fork() system call is made and that in turn will provide an exact code of caller program and will place it in a new location in the memory and named it as process P2 (say) and after that it will substitute the code for the requested utility (like ls, cat) in the place of code from the lines 4 to 7 (it can be anything, but in our example the code for child is going be in the location from 4 to 7). So, as a result:

Question: Why this behaviour as explained above?

Answer: There are certain things which are considered for stating such behaviour:

Note: Although context-switching is a big overhead, still this technique is used most of the times.

Question: Is there any better solution or method?

Answer: Yes, it is known as threads.

Question: Why use threads or why threads are used?

Answer: Let us assume that there is a web-sever which is continuously listening on a port number for requests from the clients accessing the website which is delivered by the web-server, then what used to happen before threads are introduced is – everytime a new client made a request, a copy of the server’s process is created to deliver the content requested by the client and this goes on and on.

Question: What kind of context switching is actually involved here?

Problem? = Not copying, but the context switching required on each request is a big overhead and in order to avoid that threads are introduced.

One more example before getting into threads is of our web server and client architecture.

Explanation of the above picture:

Initially, there is only one process running as a web server, afterwards whenever a first client request came, then fork() is executed and a new copy of web server process is created and placed somewhere in the memory and then that copy 1 is going to handle that client’s request. Moreover, whenever another request came then again a new copy of initial web server is created and is used to handle the next request and this goes on and on.

Question: Problem with above example and process creation with the fork()?

Answer: From the picture above we can see that there is a DATA part and a CODE part and these will remain the same throughout the multiple copies of the original web server process. So, there are two basic problems with this approach:

Note: Above explained is a concrete example of what multi-programming looks like in a single CPU system.

Note: To avoid problem occurring above, we use threads and more specifically multi-threading.

Question: Why multi-threading and not multi-programming?

Answer: They both have their advantages:

A conclusion from the above example:

We use multithreading in our example of web server because its basic task is to server normal/basic HTML and for each client. So, there is no benefit in creating a child process for each and every client request. But if we still use that, it will be a big overhead and performance decreasing. Therefore, going with multi-programming is a disadvantage because we don’t have different tasks for each request and for the same code. So, as a good solution, we can use multi-threading.

Whenever we are talking about threads, we use the term task instead of the term process.

A thread is basically a part of a process which wants to perform several specific things. It is generally defined as the smallest set of instructions used for a particular task.

There are two types of threads:

It is created by a user process moreover, there is a unique thing about them, that kernel does not know anything about them and will treat them as a single threaded process or a single process in a system. They are managed by the user-level library (runtime environment).

In this, if the thread from a multi-threaded task tries to create a system call and if the system is busy with another task (process) then the call made will be blocked by the OS.

Note: In kernel-level threads, there is no unfair scheduling i.e task with a larger number of threads might have a have a higher time quantum.

This is the summary for what we have learned in this particular post, about a system call, fork(), execve() and threads.