It is defined as when a program is treated by the CPU in parts instead of a whole at once and this helps an Operating System to make the user feel that more than one task is currently executed by the CPU. There are still two cases in that:

If this is the case, then the processor is actually mimicking the process of parallel execution of different programs but in reality only one process is being entertained by the CPU at one time and it is done in fraction of time, due to the fast context-switching of modern day processor it makes user feel that their processor/computer is capable of doing more than one task at a time.

2. Processor with more than one CPU (Multi-Core CPU):

In this case more are the cores in a CPU, more is the capability and overall performance of a system is increased. For example – if a computer has 4 core CPU then, in that case, it can easily handle a minimum of 4 tasks easily plus more with the help of context-switching.

Question: what is context-switching?

Answer: When a process needs to swapped with another process in order to give it CPU or I/O time

and it is done by saving the PCB/context of the process which is currently running. 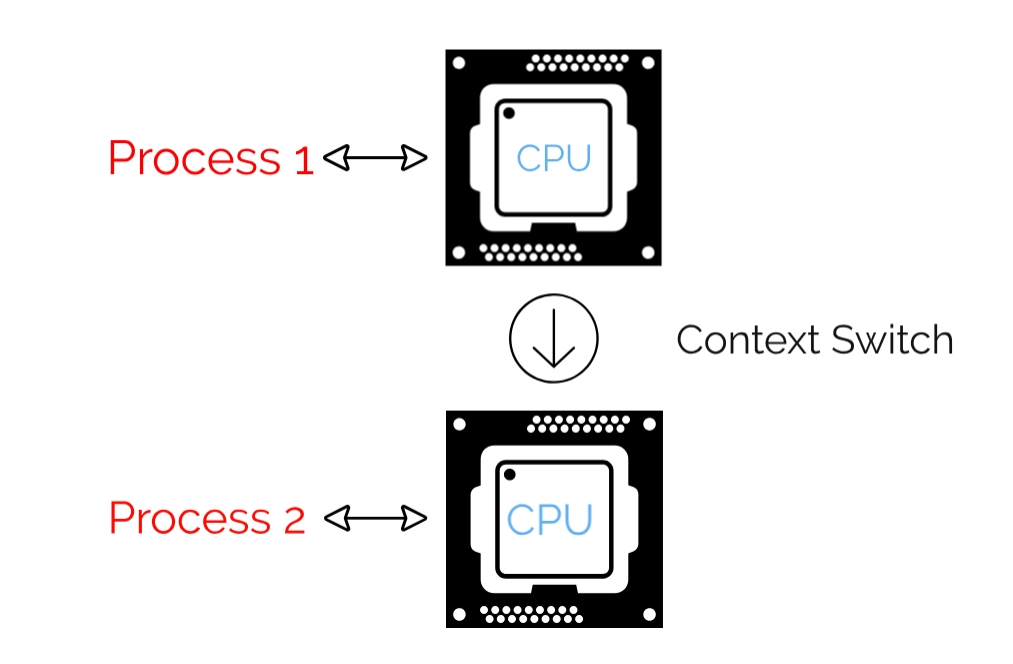